We are member of
IEEE Task Force on Process Mining 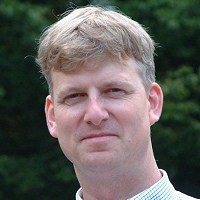 Prof. Wil van der Aalst is the academic supervisor of HSE’s International Laboratory of Process-Aware Information Systems. He is also a full professor of Information Systems at the Technische Universiteit Eindhoven (TU/e) and an adjunct professor at Queensland University of Technology (QUT). His research interests include workflow management, process mining, Petri nets, business process management, process modeling, and process analysis. Wil van der Aalst has published more than 175 journal papers, 17 books (as author or editor), 400 refereed conference/workshop publications, and 60 book chapters. Many of his papers are highly cited (he has an H-index of 115 according to Google Scholar, making him the European computer scientist with the highest H-index) and his ideas have influenced researchers, software developers, and standardization committees working on process support. He has been a co-chair of many conferences including the Business Process Management conference, the International Conference on Cooperative Information Systems, the International conference on the Application and Theory of Petri Nets, and the IEEE International Conference on Services Computing. He is also editor/member of the editorial board of several journals, including the Distributed and Parallel Databases, the International Journal of Business Process Integration and Management, the International Journal on Enterprise Modelling and Information Systems Architectures, Computers in Industry, Business & Information Systems Engineering, IEEE Transactions on Services Computing, Lecture Notes in Business Information Processing, and Transactions on Petri Nets and Other Models of Concurrency. In 2012, he received the degree of doctor honoris causa from Hasselt University. He is also a member of the Royal Holland Society of Sciences and Humanities (Koninklijke Hollandsche Maatschappij der Wetenschappen) and the Academy of Europe (Academia Europaea).

The work of the prof. Van der Aalst is world renowned, especially in the fields of (a) the modeling and analysis of workflow processes (cf. workflow nets and the seminal soundness notion), (b) workflow patterns (the DAPD paper on the workflow patterns is the most cited paper in the BPM domain and the workflow patterns website is the most visited website on workflow management for the last decade), and (c) process mining (he established an international process mining community). In his work he aims to impact society by developing open-source software that is widely used and serves as an example for commercial systems. This impact is illustrated by the number of downloads of tools he is involved in, e.g., YAWL has been downloaded more than 125,000 times, ProM has been downloaded more than 62,000 times, and CPN Tools has been downloaded more than 55,000 times. Note that these are advanced tools related to the business process analysis and enactment. Hence, these numbers are quite remarkable. His ideas have also been embedded in commercial tools. For example, ideas related to process mining have been used in BPM|one, Reflect, Disco, and ARIS PPM.

His work on the workflow patterns has had a remarkable effect on commercial WFM/BPM products. Today, the patterns are widely used to describe workflow functionality in a language/system-independent manner. In addition, the patterns are also highly visible. The www.workflowpatterns.com website has been one of the most visited websites in the field of BPM averaging more than 300 unique visitors per working day over the last decade. Vendors changed their tools to support more patterns and some have provided wizards based on the patterns. For example, IBM recently added a wizard-like functionality to their WebSphere product inspired by the patterns. Also standardization efforts were influenced by the patterns, see for example BPMN.

Have you spotted a typo?
Highlight it, click Ctrl+Enter and send us a message. Thank you for your help!
To be used only for spelling or punctuation mistakes.