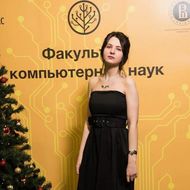 Games on graphs and on trees have been used in the fields of semantics and verification. Usually, they are defined as sequential games, where a play is a sequence of moves by the players.

However, when synthesizing or analyzing distributed systems, in which events happen concurrently and the global state is not observable, this approach is not always appropriate, since concurrency is hidden in the interleaving of events. Therefore, several kinds of games in which the players can move asynchronously have been proposed in recent years. I will present an attempt to define such a game, originally conceived in order to tackle the problem of “observable liveness”, in which an agent tries to control a Petri net so that a given transition will fire over and over, assuming that only a subset of the transitions is directly controllable.